skip to main | skip to sidebar

My year is off to a great start. Our daughter remains in remission from her cancer, my latest book in the Vinnie Esposito series, Death Gone Awry, is soon to be released, and I'm feverishly writing the follow-up book, Deader Than Dead.

Death Gone Awry reveals some changes that are in store for Vinnie. Some good and some my readers might not care for, but to be honest, it's important that characters grow. For instance, waffling between two men is crazy interesting, but enough already. We are at book six and something has to give, right? Unlike Janet Evanovich's character, Stephanie Plum, (who I enjoy reading, by the way) there really needs to a choice made between Ranger and Morelli. The same applies to Marcus and Aaron, but who will she choose, if she chooses at all.

As authors, we fear change will cause a loss in readership and that may be why we are reluctant. No author bashing, here, honest. I enjoy Janet's writing and her characters are hysterically funny. I saw growth in Stephanie in the last book, though, and was thrilled by that. Again, as we write and our characters become readership favorites, we are loathe to make dramatic changes in those characters because they have become friends to us and our readers. When I write a Vinnie Esposito novel, it's similar to donning comfortable clothing. I know how I'll feel wearing Vinnie's shoes, what Marcus and Aaron's responses are apt to be, and that Lola will come up with another fantastic meal. These characters are familiar, comfortable, and fun to write. Building a story around them is fairly easy compared to starting out with a fresh character, new surroundings and all that a different set of characters entails.

While I've been writing Vinnie for some time now, I have dragged her into the Deadly Bakery series now and then. She has a cameo spot here and there, but I've brought other characters from the Esposito series in as well. Providence is a small city compared to New York or Boston and since Rhode Island is such a small state, folks are familiar with each other in one way or another.

With that said, the upcoming release, Death Gone Awry, takes place in Providence and it's surrounding area. The following book, Deader Than Dead, moves to Block Island which is still Rhode Island, but an island about eleven nautical miles from Rhode Island's mainland. The idea for the book popped into my head while there on retreat. Jean Cipriano, a dear friend of mine, spent part of her childhood on the island and returns there every September with her sisters for their own retreat of sorts. When I mentioned the island idea to her, Jean was so excited, she hauled all sorts of information out of a desk drawer and handed it off to me to help with research. Gotta love that woman's enthusiasm. The focus of the book revolves around Lola, who, through no fault of her own becomes involved with mobsters, dead bodies washing ashore, and what can happen when the two women are caught up in situations better left alone. The sharks aren't just in the water.

How has your year begun? I'm interested in knowing.

As soon as Death Gone Awry is released, there will be copies to give away and I'll keep you posted on that.
Until then, Happy New Year!
J.M. 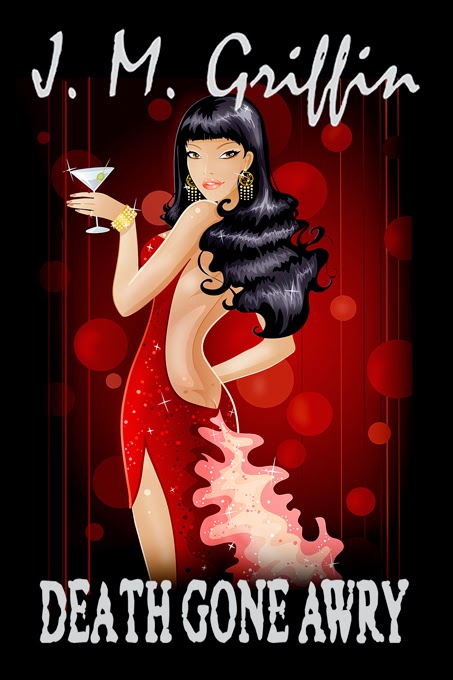 One of the most frequent questions authors are asked is where our ideas come from. Most times they pop into our heads, at other times we find inspiration from a newspaper or television news headline. It doesn't take much to fuel our imaginations, just one little thing can spark an entire story line.


For instance, I sat in a waiting room today, watching folks come and go. All the while, I noted what particular thing about each of them caught my attention. People watching is a favorite pastime of mine, along with their walk, the tone of their voices, facial expressions, their overall reactions to whatever is going on at the moment, and best of all their anger, sadness, or laughter. Usually, I scribble notes in a notebook or write furiously on my iPad for future use. When I leave the house without either one of those items, I end up squeezing notes on store receipts, coupons or napkins. Whatever I have tucked in my handbag that works, gets used.

Staying current with trends is another aspect writers strive for. Whether it's clothing, the latest popular colors, phones and music, we take them all into consideration when writing. Trends change quickly, no matter if the story is in the here and now or taking place in another time frame, say the 1980's, then it's important we get things right. Some things rarely change, like hot dog stands or jeans for instance, which is kind of nice, because we can be assured of not having to chase that particular detail. It's surprising how authors are picked at because a reader is positive something took place at a particular time, date, period, etc. We hear about it often, and not generally kindly. Rest assured, most of us do our research and try real hard to get things right. Even when the town, where our story takes place, is a fictional place, or a country is one that doesn't exist, we usually base it on a place we're familiar with or have read up on.

Look around when you're out and about, see if you notice what's unusual about a person, you might find you like people watching, too.

By for now, I'll be back next week.

The Simplified Method of Uploading

Posted by Jeanne at 7:42 AM No comments:

Honestly, I have more than one favorite author. I think everyone does, don't you? I must say that right at the moment, I'm still a huge fan of Karen Marie Moning. Her Fever Series is absolutely fantastic!!
Other authors I've found that offer wonderful stories are Blanche Marriott, Hannah Howell, Maeve Christopher, Janet Evanovich, Christine DePetrillo, Liberty Blake... and the list goes on. I wish I had time to do nothing but read, however, I'd never get my own writing done if that were the case. SO here's the scoop on what's happening in my writing room:

The Crusty Bakery series is now complete and available just about everywhere. They are: A Crusty Murder; A Crouton Murder; and The Focaccia Fatality. As you can tell by the names, they all include food. (my favorite topic!!) The main character, a bread baker by trade, seems to have the bad luck of falling into one murder after another. Her trusty next door neighbor, a tarot card reader, is helpful when it comes to finding out the who, what, and why of these incidences. Enter the handsome Scotsman, and the story takes yet another turn. These characters were enjoyable to write about. http://tinyurl.com/pazmyca

In any Italian family, food is the most important part of life. Food is life-saving, can be sensual, and best of all... TASTY! In the Vinnie Esposito series, the stories always include food, whether it's Vinnie's mother's cookies or her father's yummy pasta dishes. So many readers tell me they are hungry by the time they're half way through the book. :>)  Marcus Richmond, a Rhode Island State Trooper, and Aaron Grant, an undercover FBI agent, and Lola Trapezi, the owner of the Salt & Pepper Deli, enter the mix and make for an enjoyable ride throughout the 5 books in the series. Book 6 in the series - Down Dirty Dead- is in the making and nearly half written. http://tinyurl.com/kgzlmzf

There has been some exciting news around our house this past week or so that I want to share with you.

First off, though, I want to let you know about the new, updated, and gorgeous website that my publisher, Lachesis Publishing, has just unveiled. You can find it here: http://www.lachesispublishing.com/  Take some time to browse the pages and check out the books! It's a wonderful site, with lots to offer!

The second tidbit of news is... drum roll, please... I just released my new Zentangle book. YAY!!!
365 Tangles & Counting is available on Amazon under my pen name Jeanne Paglio. It took a good 9+ months to get this darling finished. I was so happy to get it out to the public, I nearly jumped for joy! On that note, I've begun the next tangling book, Zentangle by the Sea. It won't be as large a book as the 365 Tangles is, though, at the moment, I'm unsure how many pages it will be. I think it depends on how carried away I get. Here's the link for amazon. http://tinyurl.com/lpwb33t

Next in line... A friend and I are producing a children's book, my part is doing the illustrations. The plan is to have the book out by Christmas, if not before. I'll keep you posted on this project! It's not often that I get to stretch my artistic abilities in conjunction with an author. Fun, lots of fun!

Moving on... I've recently finished the last novella in the Deadly Bakery series. It's now in the publishing process at Lachesis, and is slated for release in early May! The Focaccia Fatality is the final book in the trilogy. Sorry about that! For those who enjoyed the first two books, rest assured that this one ties up all the ends. I think you'll like it. I know it certainly was fun to write. The series mainly takes place in Providence, RI. and uses many familiar places for people who know the area.
Here is the link for many of my books at Amazon. http://tinyurl.com/ln45ke5

Onward & Upward... It's been a long and harrowing winter, here in the northeast. New England weather is always unpredictable, but it has been cold and snowy. More so this year, than in the past few. I'd lost my mojo for a couple months, but staying inside more often than I usually do throughout the winter, ideas have been abundant. There are notes scratched on scattered bits of scrap paper, and the next Vinnie Esposito series book is well on its way to completion. On top of that, my daughter and I are writing a Linty Dragon mystery series for Lachesis. We're quite excited about the project and my plate is beginning to overflow. :>) Not complaining, not one bit!

Oh, and one more thing.... I'd like to thank my readers for their support, emails, and FB messages. I couldn't imagine I'd be where I am in the writing world, without you. Bless you, all!

Posted by Jeanne at 4:37 AM No comments:

Posted by Jeanne at 4:32 AM No comments:

For Love of Livvy 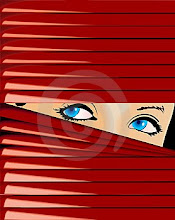